Thursday, November 22, 2018 — Actor and chart-topping country artist John Schneider stars in the world premiere of the new holiday film, Poinsettias for Christmas, airing on Lifetime on Friday, November 23 at 8/7c. Additional airings are planned throughout the holiday season.

About Poinsettias for Christmas:

It's just weeks before Christmas when Ellie (Bethany Joy Lenz) gets a call to return home to help her father (John Schneider) on the family’s poinsettia farm. The family business is on the line to deliver tens of thousands of plants for the town's annual parade. The problem is - the poinsettias have yet to turn red! As Ellie searches for the solution, she is reminded of where her heart truly lies as she falls in love with both her roots and a local botanist (Marcus Rosner). "Poinsettias" for Christmas is produced by Annuit Coeptis Entertainment, Inc. Christie Will Wolf directed from a script written by Barbara Kymlicka. For more information, visit the official website here. 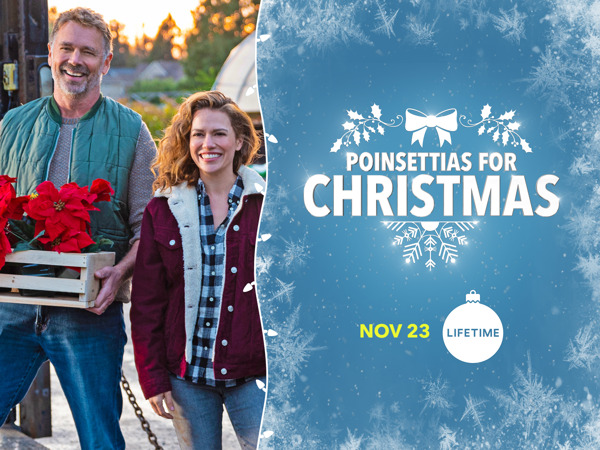