Monday, March 12, 2018 — Chart-topping rock band STRYPER has released the official music video for “Sorry” - the first video from their upcoming 10th studio album, God Damn Evil, due April 20, 2018 from Frontiers Music SRL. Stryper reunited with director Jamie Brown of Smoking Gun Productions for the "Sorry" video, which was shot on location in the open desert outside of Las Vegas.

“'Sorry' is a song with a groove that chugs right along,” says frontman Michael Sweet who also produced the album. "It's got a heavy feel yet it also has a melodic sense and a chorus that may have you singing along. We've always been drawn to harmonies and melodies and this one doesn't fall short. Lyrically it speaks of a volatile relationship and it gives hope to anyone who has been involved in one. Every song is unique in its own way on God Damn Evil and there's something for everyone. We're counting the days to April 20th!"

With God Damn Evil, the band returns with their most powerful album to date, doubling down on the hard rock/heavy metal sound that earned them a worldwide fan base. Following the album’s announcement and pre-order launch on February 9th, God Damn Evil rocketed to #1 on the Hard Rock Chart at Amazon.com, where it remains in the Top 10 more than a month later.

Rocking since 1984, STRYPER is responsible for such classic '80s metal albums as Soldiers Under Command, To Hell with the Devil and In God We Trust. In fact, STRYPER is the first band to ever have two songs in MTV’s Top 10 simultaneously with their hits “Free” and “Honestly.” After a sabbatical for much of the 1990's, STRYPER returned strong in the early 21st century. To date, the Dove Award-winning and GRAMMY-nominated band has sold over 10 million records worldwide.

God Damn Evil is the follow-up to STRYPER’s ninth studio album, Fallen (Frontiers Music SRL), which released in 2015 and debuted at the top of the Billboard charts. 2016’s 30th Anniversary To Hell With The Devil Tour saw record crowds and featured the band’s largest sound and lighting production in nearly two decades.

STRYPER will return to the road this year, kicking off the God Damn Evil World Tour at the at the Frontiers Rock Festival in Milan, Italy on April 28th. Tour dates will be posted as confirmed at http://www.stryper.com/Tour/tour.html.

God Damn Evil is available now for pre-order at all major retailers including Amazon and iTunes. The following limited edition pre-order offers are also available: 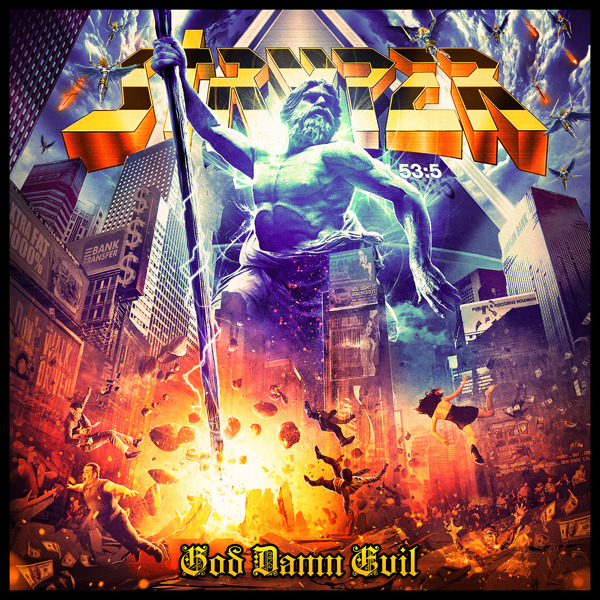