Monday, October 30, 2017 — After months of speculation, multi-platinum rock band Stryper is excited to announce the addition of iconic bass player Perry Richardson to the band lineup. Richardson joins original members Michael Sweet (vocals and guitar), Robert Sweet (drums) and Oz Fox (guitar), all of whom are currently in pre-production on their upcoming album due in 2018 from Frontiers Music SRL.

Richardson is best-known as a founding member of the multi-platinum band Firehouse, who exploded onto the scene in the early 1990s with hit singles like “Don’t Treat Me Bad,” “Love of a Lifetime” and “When I Look Into Your Eyes.” In 1992, the band took home an American Music Award for Favorite Heavy Metal/Hard Rock New Artist, beating out both Nirvana and Alice In Chains. Since departing Firehouse, Richardson has remained active touring with various artists including Trace Adkins and Craig Morgan.

“The first time I met the guys in Stryper was in 1985, when my first band, Maxx Warrior opened for them in Charlotte, NC,” says Richardson. "From that first meeting, they have always been one of my favorite bands and a huge influence on me personally and musically. To have the honor of becoming a member of Stryper today, is an indescribable experience for me. I am so overwhelmed I can’t put it into words. To be asked to be a member of one of my favorite all-time bands is one of the greatest honors of my career. I’m so looking forward to being a part of this next chapter in Stryper’s legacy. I’m ready to rock the world with my new brothers!”

"Perry is a perfect fit within our band," adds Stryper frontman Michael Sweet. "He's an amazing singer, an excellent bass player and just a great human being. The moment we first rehearsed with Perry we knew that it was right. We sang harmonies and the vocals sounded awesome. He shared stories of how Stryper was one of his favorite bands and that he's always respected us. It meant a lot to hear him say that. He has brought a kind and humble spirit to the band. He is a professional and an absolute gentleman. His resume is quite extensive and as impressive as it gets. We're honored to have him on our team and we're extremely excited about the future!"

Rocking since 1984, Stryper is responsible for such classic '80s metal albums as Soldiers Under Command, To Hell with the Devil and In God We Trust. In fact, Stryper is the first band to ever have two songs in MTV’s Top 10 simultaneously with their hits “Free” and “Honestly.” After a sabbatical for much of the 1990's, Stryper returned strong in the early 21st century. To date, the Dove Award-winning and GRAMMY-nominated band has sold over 10 million records worldwide. 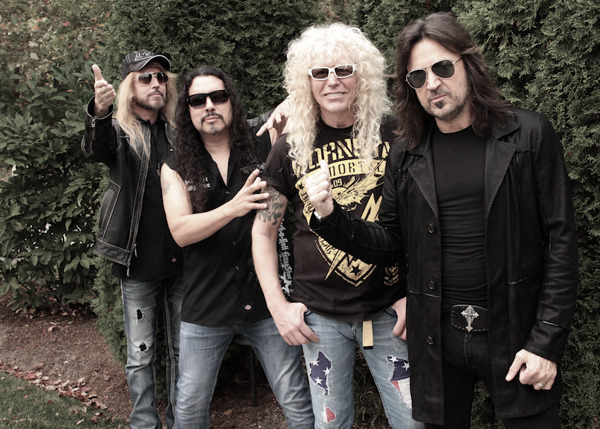