Monday, October 15, 2018 — Thousands of words have been written about the first ten words in the Bible: "In the beginning, God created the heavens and the earth." This simple and profound statement has ignited a firestorm of debate and controversy. People often only focus on the "how" and "when" of creation, but rarely explore the "WHY." Why did God create such a vast universe? Why did He choose the sun and moon to light our paths? Why did He design images with stars in the night sky?

Author, filmmaker, pastor and TV personality Joe Amaral tackles the “WHY” in his new book, Story in the Stars: Discovering God’s Design and Plan for Our Universe—available everywhere October 30th from FaithWords / Hachette Book Group.

Have you ever looked up into the night sky and wondered why there are so many stars? There are hundreds and hundreds of billions of them. Why? What purpose could they possibly serve? They seem to be positioned without rhyme or reason. In the midst of all those scattered stars, images have not only emerged but have been recorded and preserved by every major civilization since the dawn of time. They are called constellations—or the signs of the zodiac.

“What if I could show you that each constellation offered us a glimpse into the life of Jesus,” says Amaral. “That every major event in His life was marked by the appearance of one of these constellations. What if I could show you that His birth, death and resurrection, were literally written in the stars? There is no way you could dismiss these alignments as purely random or unguided. The fact that they line up so perfectly with His life is evidence of design. Intelligent Design. Divine Design.”

In fact, the whole universe exists to reveal information about one person, and one person only: Jesus the Messiah! Think of the zodiac images, or constellations, as snapshots into the life of Jesus. As we study them we discover that every major event in His life was marked by the appearance of one of these constellations.

The Bible is very clear when it states that God created, named, and positioned all of the stars of the universe in their place in a very specific way—a way that tells us the greatest story ever to be told. In Luke 21:25 Jesus says, "There will be signs in the sun, moon and stars." Signs are meant to point us towards something: Jesus.

God has placed the message of salvation in the heavens. He has written a story in the stars.

ABOUT THE AUTHOR: Joe Amaral authored his first book, Understanding Jesus, in 2011 and his second book, What Would Jesus Read?, was published in 2012.

In 2016, Amaral served as the daily host of Canada’s longest running daily TV program 100 Huntley Street. Later that year he joined the staff of PORTICO Community Church in Mississauga as the Teaching Pastor. Most recently, he founded the Christian Research Group in 2018—an organization committed to serving the local church and helping believers to better understand and defend what they believe.

Joe has travelled the world many times over as a sought-after Bible teacher and speaker. With more than 40 trips to Israel, immersing himself in the local culture, working closely with Israeli archaeologists and government, he has gained both access and insight into the First Century Culture of Jesus. 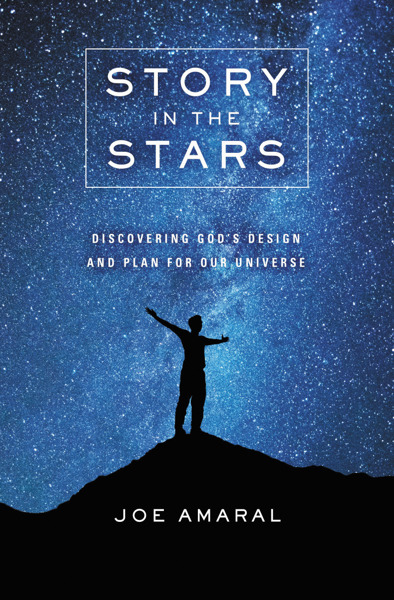