Wednesday, January 24, 2018 — Creative Soul Records duo Mere Messengers is headed to the Covenant Awards this weekend where their debut album, Everything Everywhere, has been nominated for "Pop Album of The Year." Produced by Eric Copeland for Creative Soul Records, a Nashville-based music company associated with Word Entertainment, the Canadian group recorded Everything Everywhere in Nashville with the some of Music City's top session players.

The Covenant Awards will be held on Saturday, January 27th at Shaw Conference Centre in Edmonton, AB. The Covenant Awards are the leading national awards for Canadian Christian Music. Over 30 awards are presented annually by GMA Canada - a non-profit organization whose mission is to promote the growth and ministry of Christian music arts in Canada. For a full list of nominees, visit http://www.gmacanada.ca/39th-covenant-award-nominees/.

Mere Messengers is comprised of Sarah Echegoyen and Greg Nason, who first collaborated in the faith-based band, Taking Jericho. When the group disbanded, Sarah and Greg continued to write and record new songs, and soon recognized that their combined efforts resulted in something greater than they could accomplish individually. With vibrant melodies and insightful lyrics that speak to the hearts of all who listen, Mere Messengers is ready to show the world that music can truly unify us all.

For more information, visit the official website at www.MereMessengers.com. 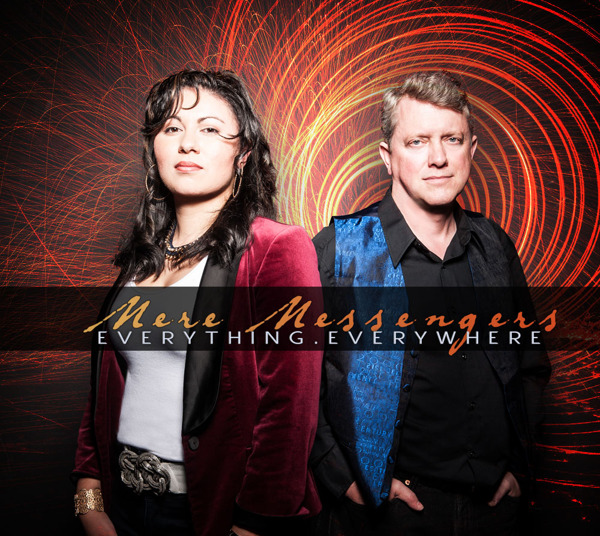